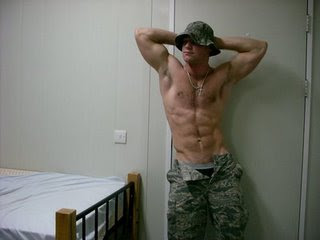 President Obama says the plan to pull out of Iraq is going smoothly and should be done by 2011. It's kind of like the guy who's been banging your ass finally fell asleep with his cock up your ass, and he just slumped over on his side. I mean, Jeebus, 8 years already?

Meanwhile, the hideous Don't Ask Don't Tell policy against LGBT military personnel continues at a pace so bewildering, you could fill the Washington D.C. Great Lawn with a pair of boots for everyone kicked out or assaulted or murdered for being -or for being perceived as- gay in the military. 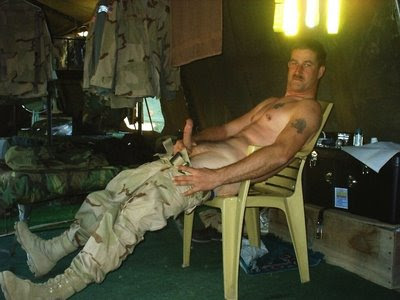 Sen. Kirsten Gillibrand (D-NY) has given up on her proposed bill to suspend the enforcement of DADT, saying she cannot find enough support for passage.

President Obama remains wishywashy about doing anything about stopping this policy, which was one of his campaign promises.

You can support this important cause by donating to the Servicemembers Legal Defense Network.

Of course, I support our troops by doing what I do best, sucking off every gay soldier and sailor and Marine I meet! I've even fucked a few and been fucked by some (but not Marines, as they're all bottoms, bless their beefy butts).

What I don't get is why, in this repressive environment, so many hot soldier studs are showing off their hot bodies.

Not that I'm complaining. 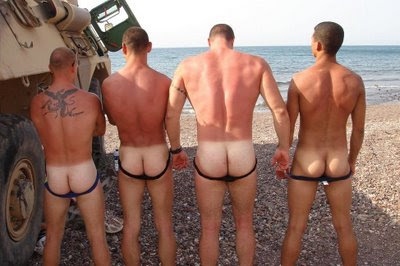 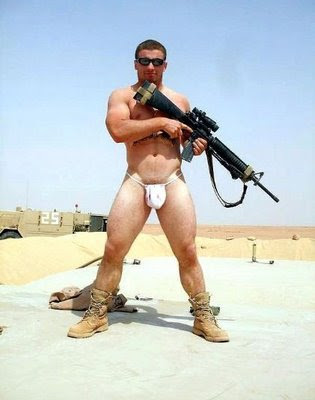