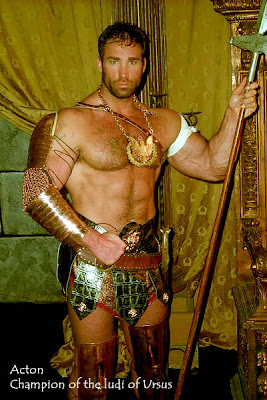 Ever since I was little, I always kept my eye on the Roman soldiers in all the epic Easter Jesus Sunday Movies of the Holiday.

So, when I heard that one theory of who Jesus was, which includes his baby daddy, Pantera, who allegedly boinked Mary while Joseph wasn't watching.. it made sexy sense, in my toga-hot mind.

Tiberius Abdes Pantera : The alleged connection to Jesus derives from the interpretation of a single statement by Celsus, an anti-Christian Greek philosopher quoted by Origen in Contra Celsum. According to Origen, Celsus wrote: when she (Mary) was pregnant she was turned out of doors by the carpenter to whom she had been betrothed, as having been guilty of adultery, and that she bore a child to a certain soldier named Panthera. 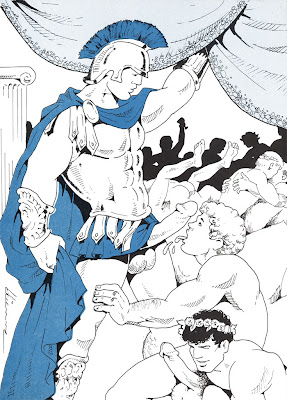 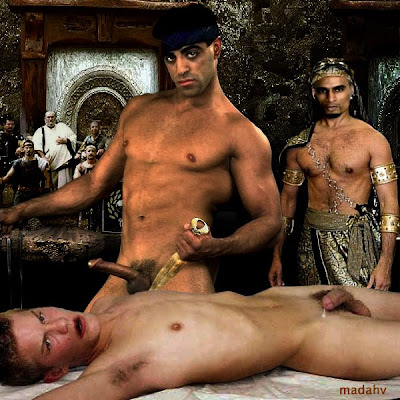 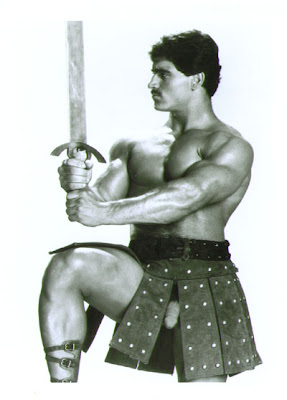 And then, while looking up Pantera, I remembered, saw that there was a thrash band by that name.

And that the lead singer, Phil Pantera, is/was totally hot.

The blog Radicals For Happiness offers a thorough and fascinating essay on what the "Cult of the Berzerker" -which these days is pretty much any group of punk thrash fans, all hot and male and young and shirtless and rubbing up against each other- is.

Wouldn't the Christians go berzerk if this was true?
Da Vinci Code, my ass.

Here's Pantera with Anselmo at his hottest onstage:

Wow! Who is the guy in the first photos?