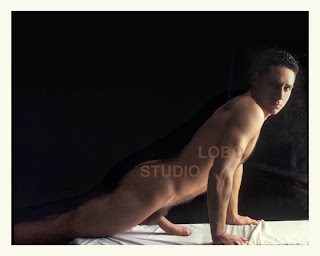 Terrific user review of Q-FAQ on Amazon.com by a guy named Jak. Thanks, guy. He's got lots of other reviews online. Like most of the press reviews, he really got the intent of Q-FAQ. Excerpt:

Afaik is a handsome Arab American living in Manhat (one of many slang terms invented by the author) and getting by as a low level, but still criminal techno-hacker. The Puritans are determined to frame Afaik as a homo-terrorist and he barely escapes capture when they raid and destroy his humble squat. 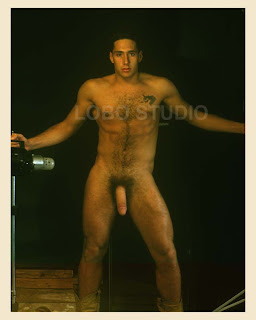 Seeking refuge in a dingy bar, Afaik meets Aces Bannon, a big tough bionic stud willing to provide sanctuary for the night. Back at Aces' flat Afaik is not repulsed by Aces' metal hand and leg, and he more than welcomes the hot sex Aces offers.

Falling hard for the big guy, Afaik agrees to accompany Aces on a cross country business trek, a trek Afaik soon realizes is associated with Q-Faction, a gay revolutionary group Aces belongs to. Q-Faction's goal is to protect what's left of gay rights and gay history, by fighting back against the diabolical Puritans. 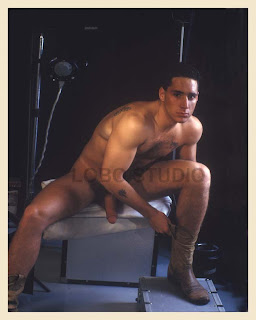 (Pics are completely unrelated, from an Ebay auction by Bacchus27 (no, it's not me, but he always has hot prints for sale).
Posted by Tom Bacchus at 10:39 AM