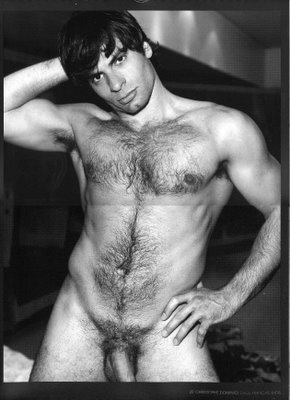 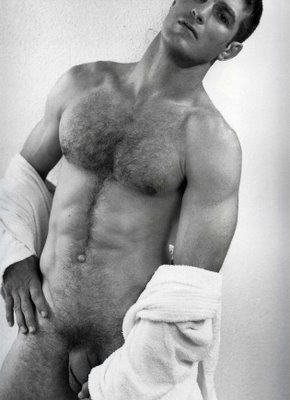 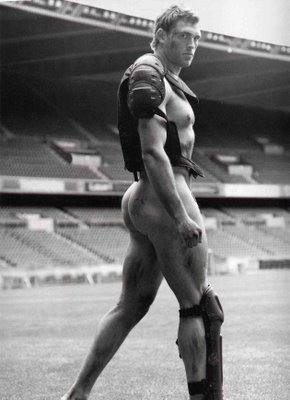 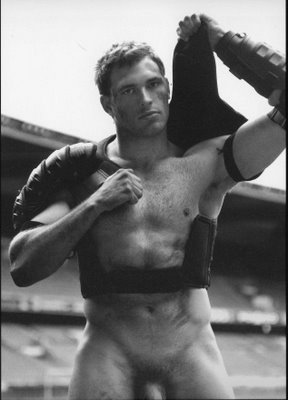 It seems almost obligatory for any good gayrotica blogger to announce (les trumpets, s'ils vous plait) the release, or pre-cum, of the 2007 Stade France rugby calendar.

Every year the rotating cast of studs and photographers shows a little more skin, and this year, the trend seems to be partial i.e. cropped cocks in glorious black and white. A few full length casual uncut weiners are displayed for our delectation, but still, despite the fact that the photographers (and the team's gay owner, sans doubt!) have full frontal and possibly semi-fluffed pics of their own, fans -the gay ones Stade markets to but ignores- "Nous sommes enjoyez votre d'argent, mais non votres presence" are left to ooh and ahh over the latest hemline lowering of les strappes jock e les autres, uh, underthings.

Frankly, I'd rather just watch rugby players "dack" each other, their asses exposed on field, enjoy them fooling around, as in the Australian Footy Show, or catch them fucking, but that happens elsewhere. The effetely gorgeous beau mecs du Stade continue their tease le coq.

More pics can be found at the Yahoo Group devoted to them, the incredibly slow-loading posts on MFM Forums, and, well, pretty much on every gay nudie blog around. Enjoyez!

Australia's National Rugby League, er imitative Naked Rugby League calendar was released to a bit of hoohaw about an inch of Oz dick being shown. Seems they don't mind ass cheeks on the telly, but a weiner in print (see June) gets some riled up down undah. No doubt they're all still in shock, what with their national hero, the Cock Hunter, er, Croc Hunter, having met his stingray to heaven.

The color video shot seemed to have slipped by Australia Fox TV's censors. Seems something's pressing out from behind the champagne bottle, which must not have been chilled. Gotta biggun, mate? Crikey! 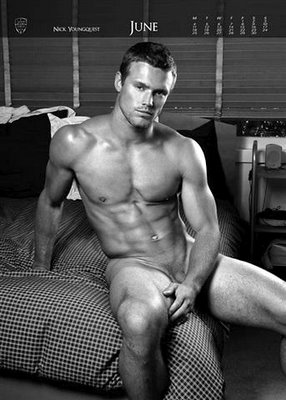 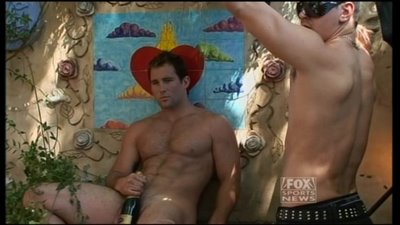